Off to the Fair

Last night a few of us visited the local fair. There was lots of rides, though many were the same type. The first attraction we visited was a large bowl like structure where we stood at the top and then two cars and two motor bikes rode around the the inside. The car's each had a passenger. Both the passenger and the driver climbed out the side and grabbed money out of the hands of the crowd on the top as they sped round. 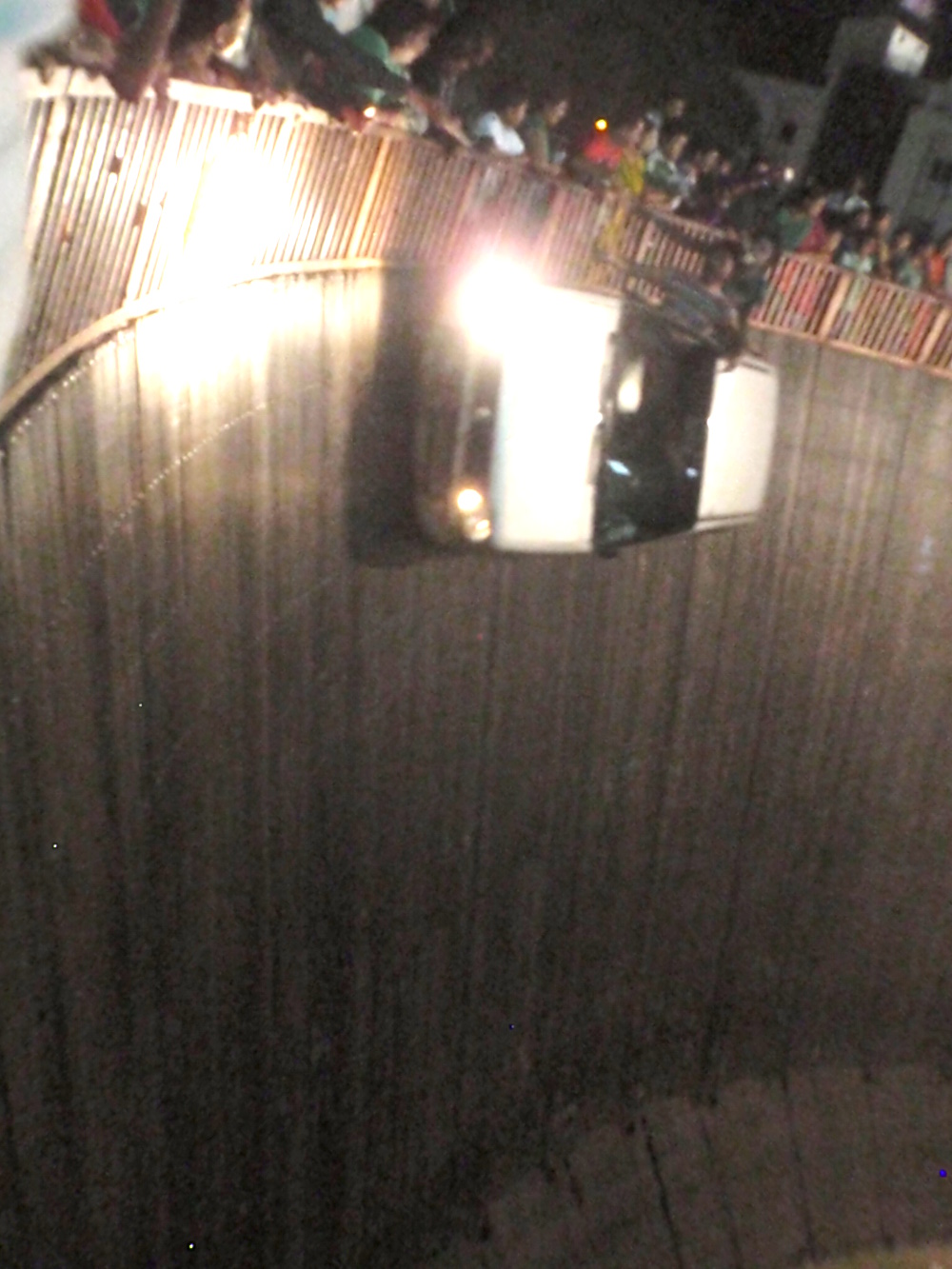 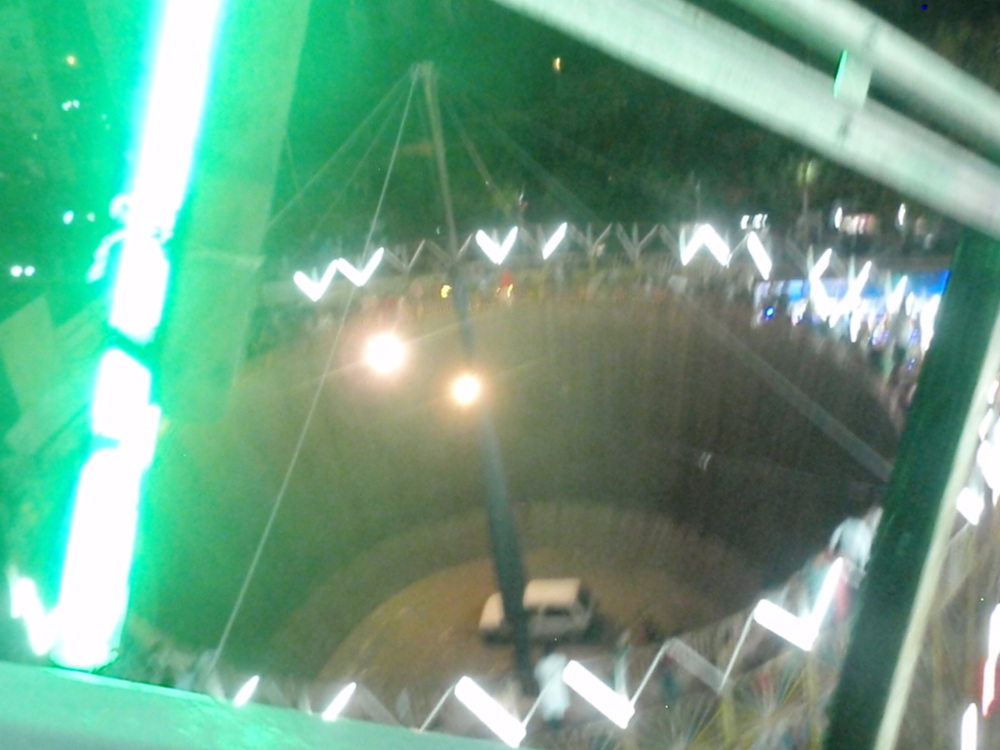 Then it was off to a ferris wheel. We hopped into the little bucket and then hung on. There was no hint of anything to stop you from falling out as it spun round. And it spun around much faster than I've seen any other ferris wheel spin. 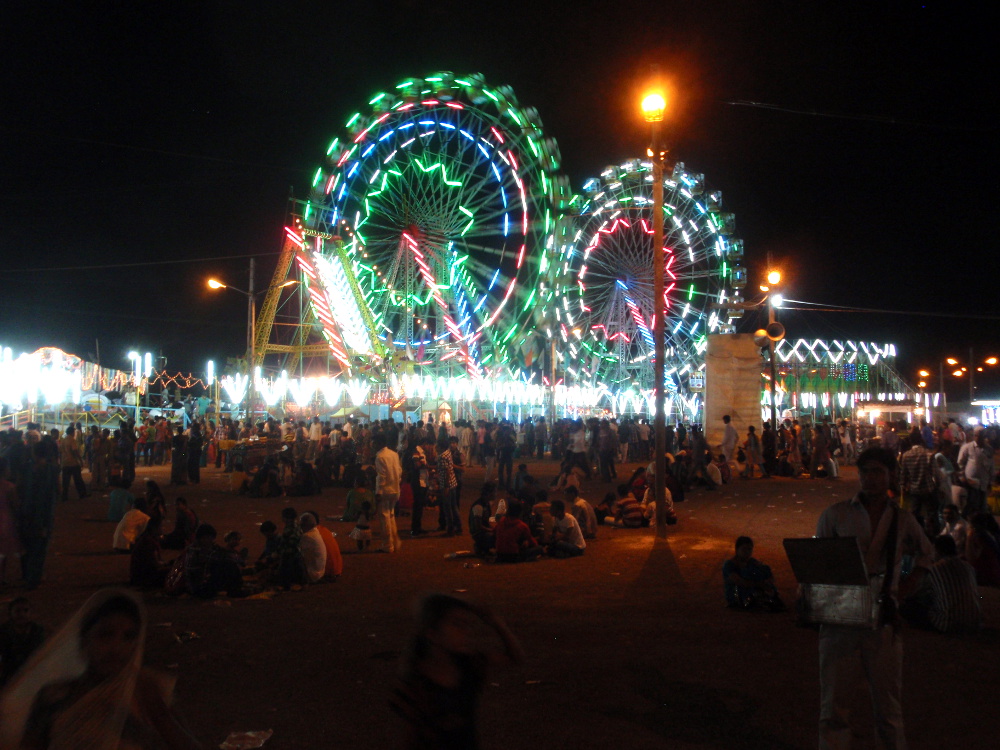 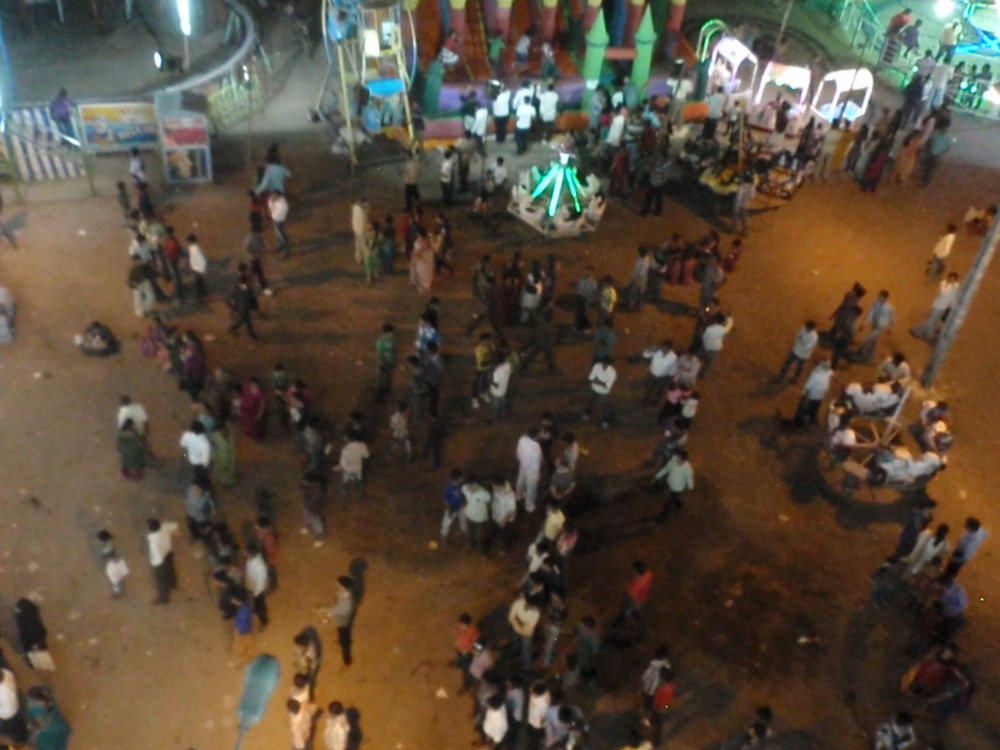 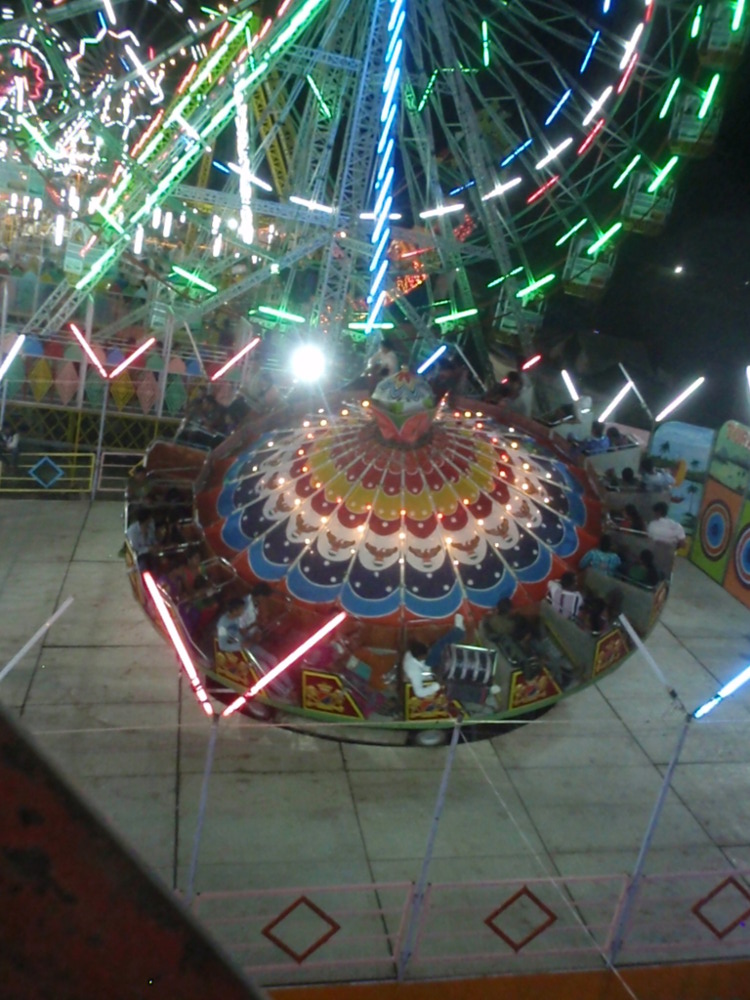 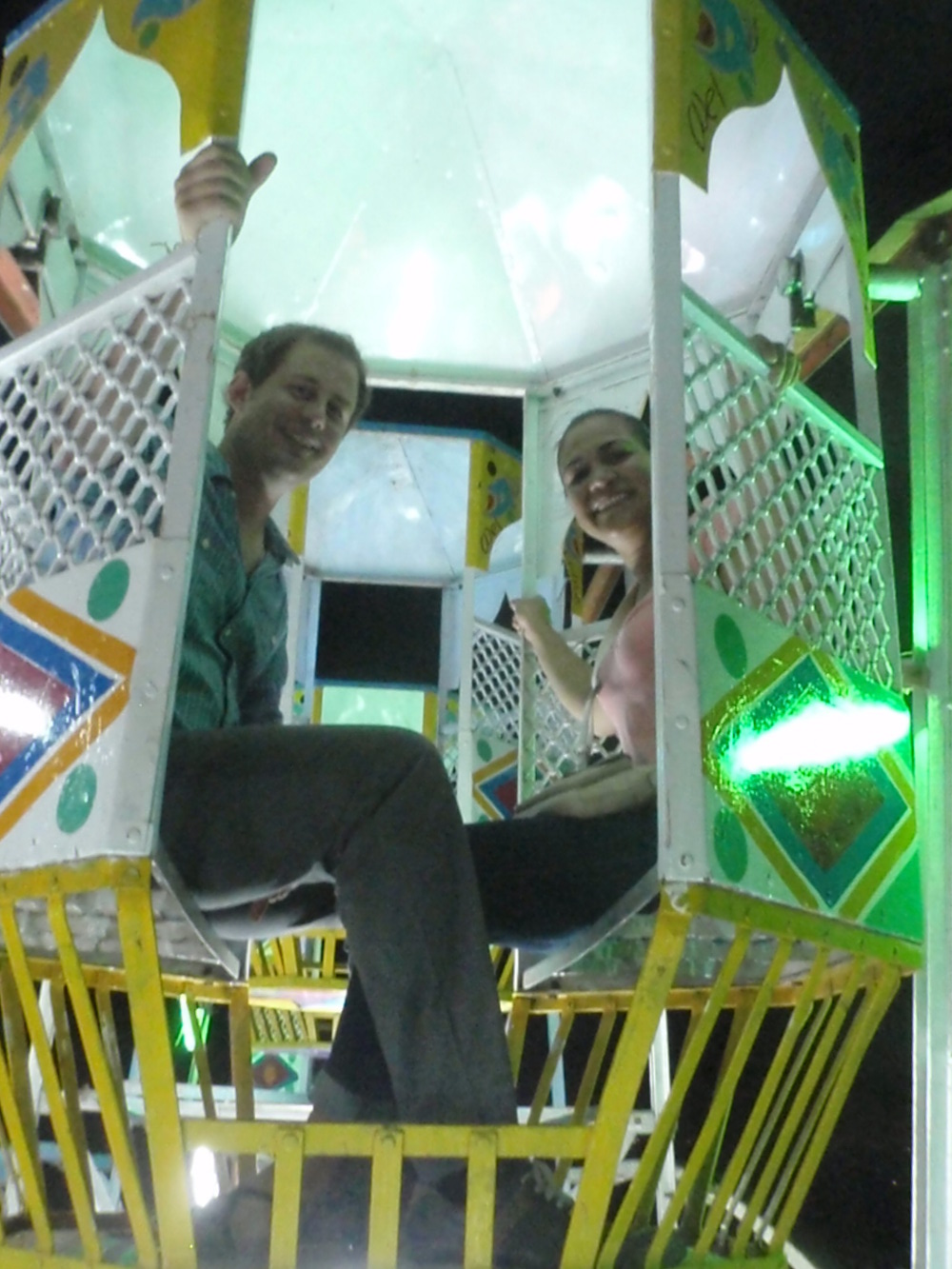 Peter and Claudia had a go on the Pirate Ship ride. It seemed the best way to ride this one was not bother about the seats, rather stand up right up the back. Needless to say none of our team tried that. 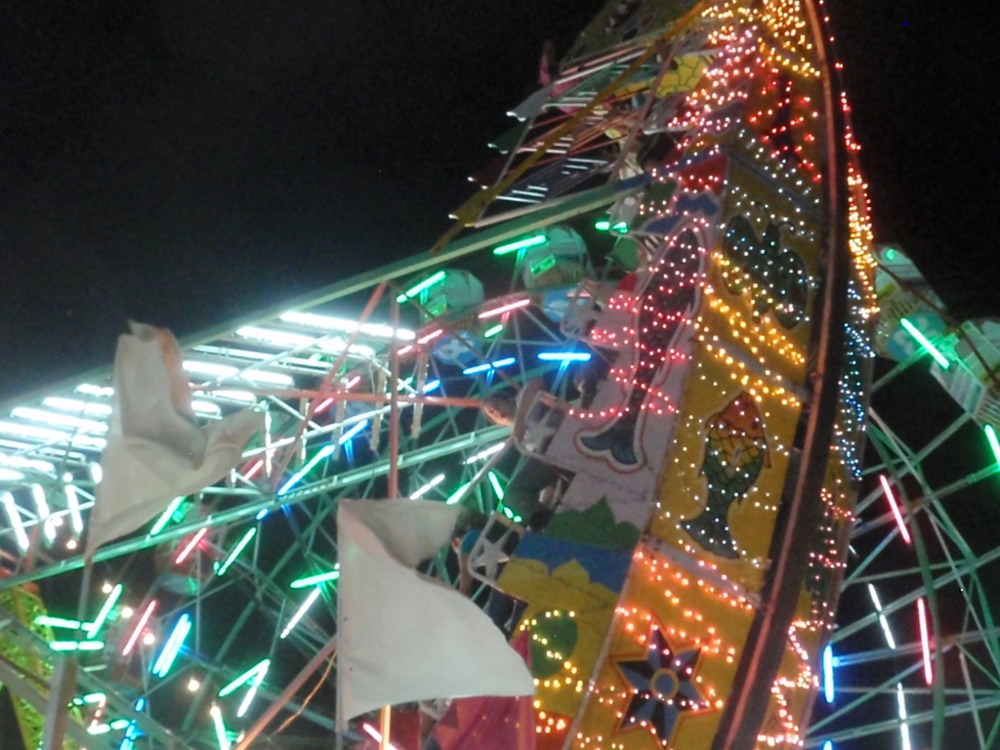 If you look closely in the middle of the last picture you can see Peter. He assures me he's smiling, though zooming on the photo I wasn't so sure.

It was all good fun.