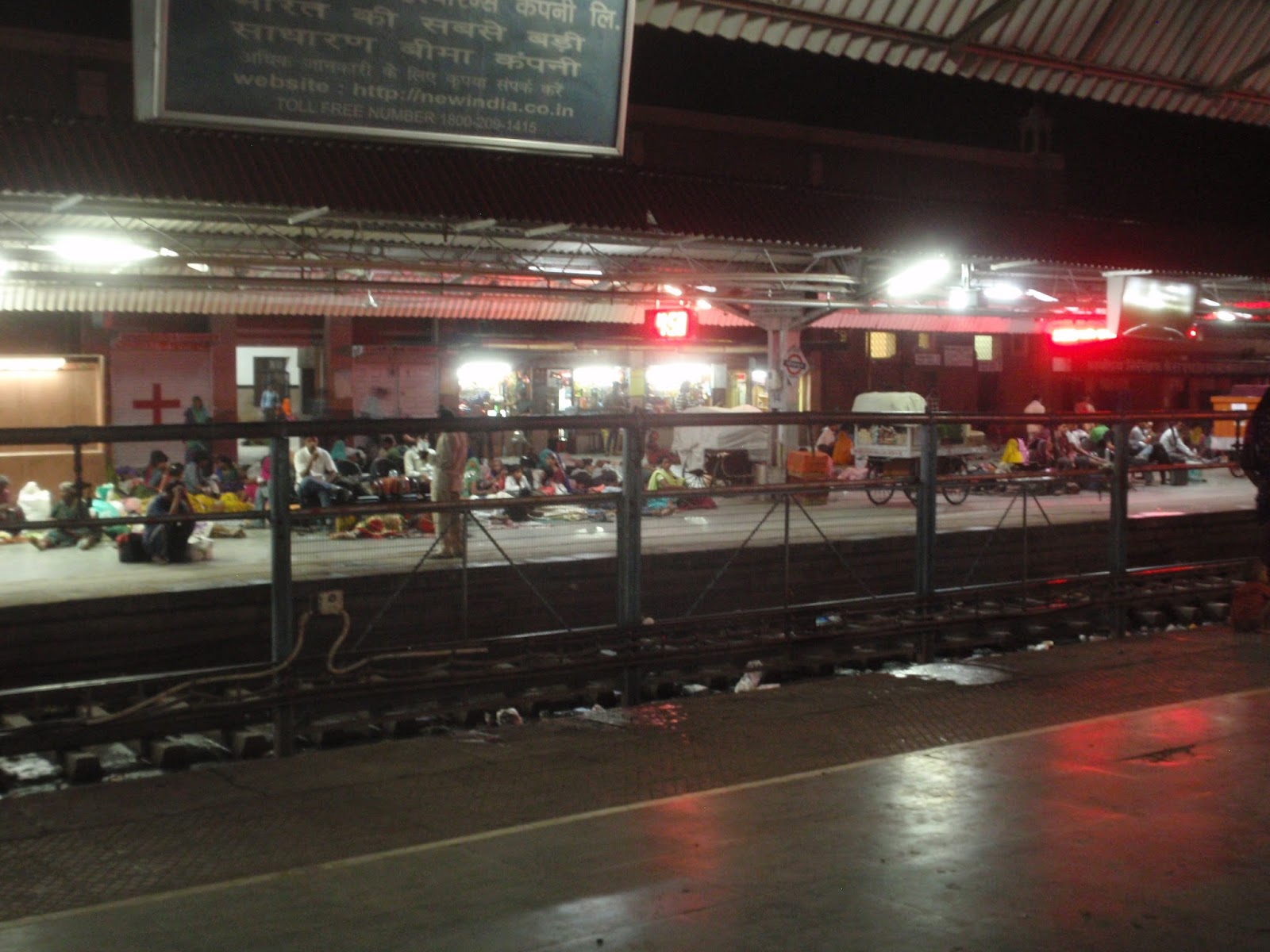 Third stop on the post assignment trip is Jaisalmer. Jaisalmer used to be an important stop on the trade route from East to West. But with the advent of trade via shipping, the importance faded. 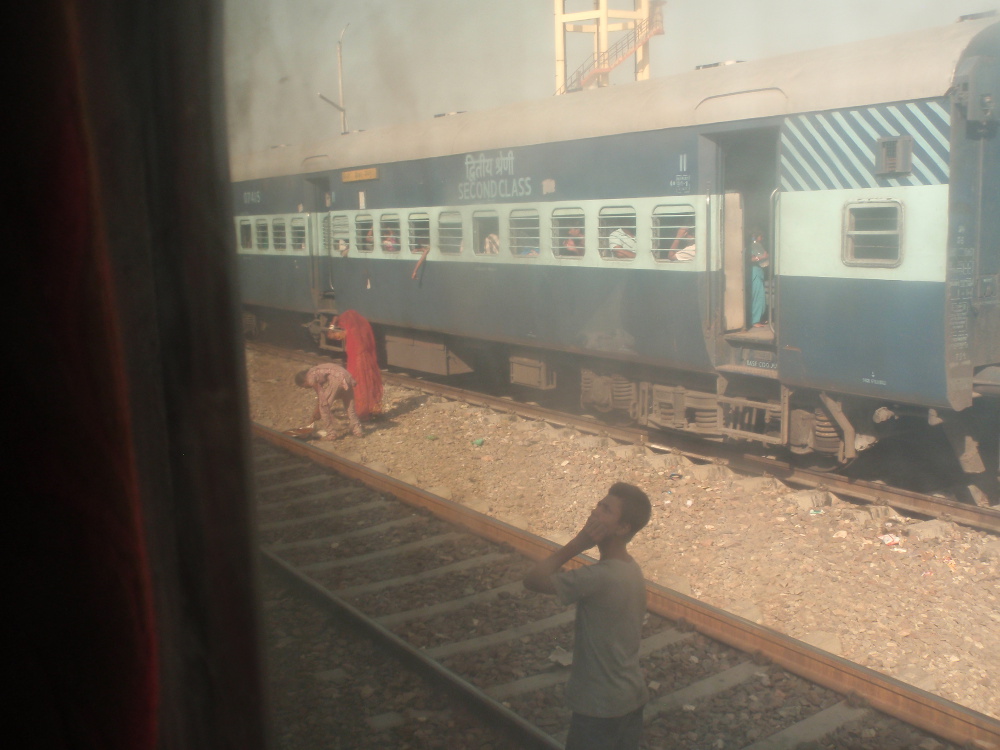 We got here on the early morning express train. Happily the rickshaw was ready for us at 4:30am this time. We manged to pick our way though all the sleeping bodies on the station and find our allocated seats. Once seated the train ride was quite fun. Much better than the bus or car. 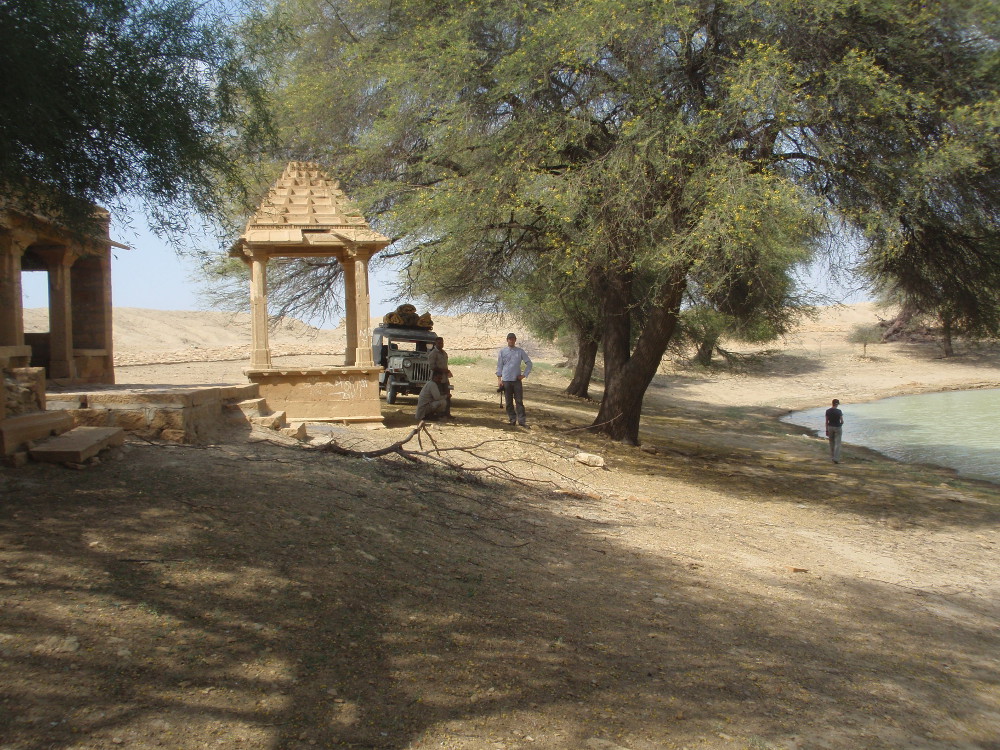 One of the main attractions at Jaisalmer is camel riding in the desert. So it was off the train and into a jeep. They showed us a few sight on the way. including an Oasis. There was a variety of wildlife, including frogs and birds like the Owls below. 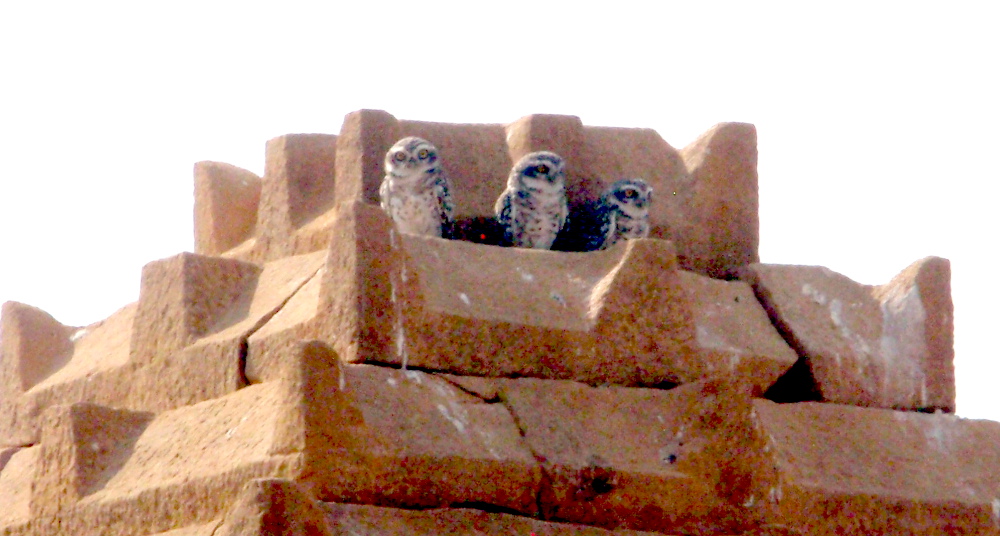 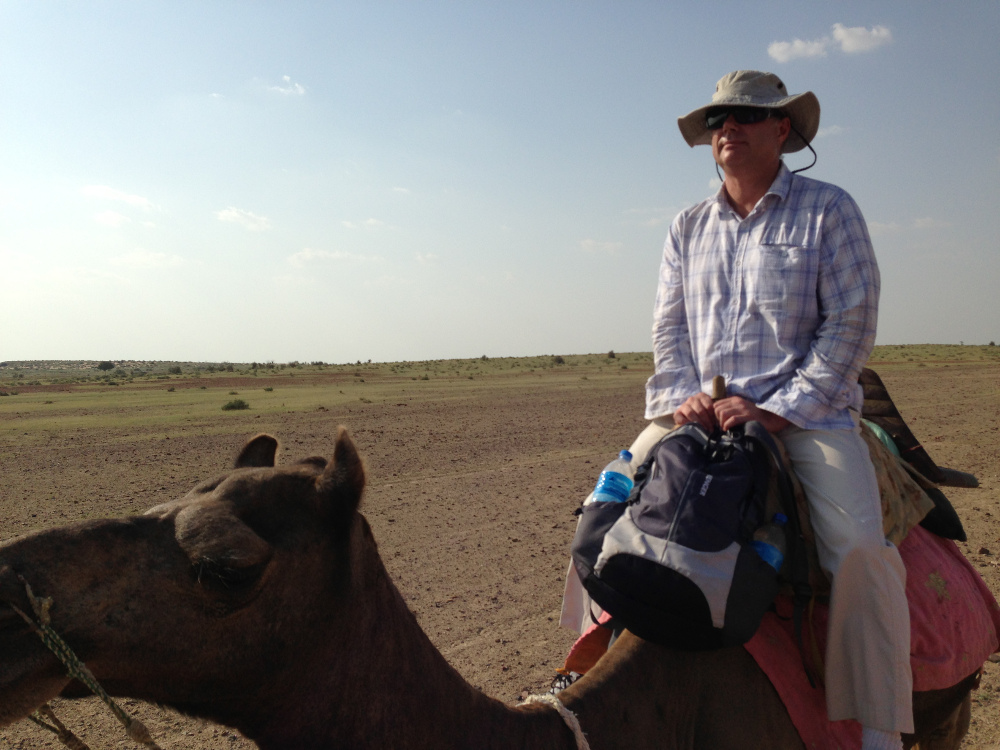 Then it was on to a camel. We we're supposed to ride them for an hour and half but apparently it was only an hour. That was more than enough camel riding for me. 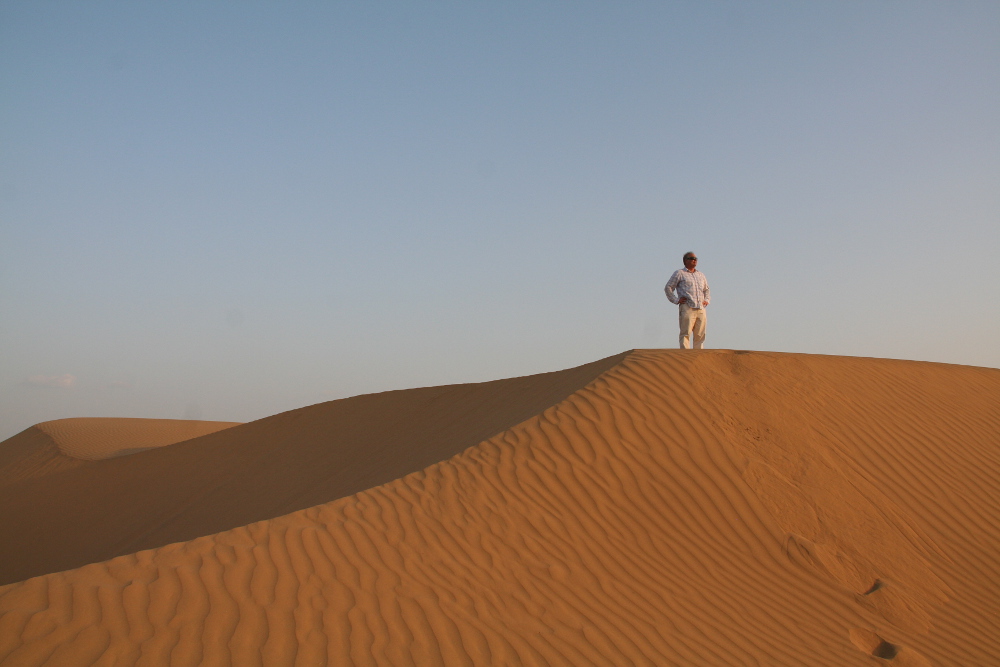 The guides cooked us a traditional meal while we explored the sand dunes. 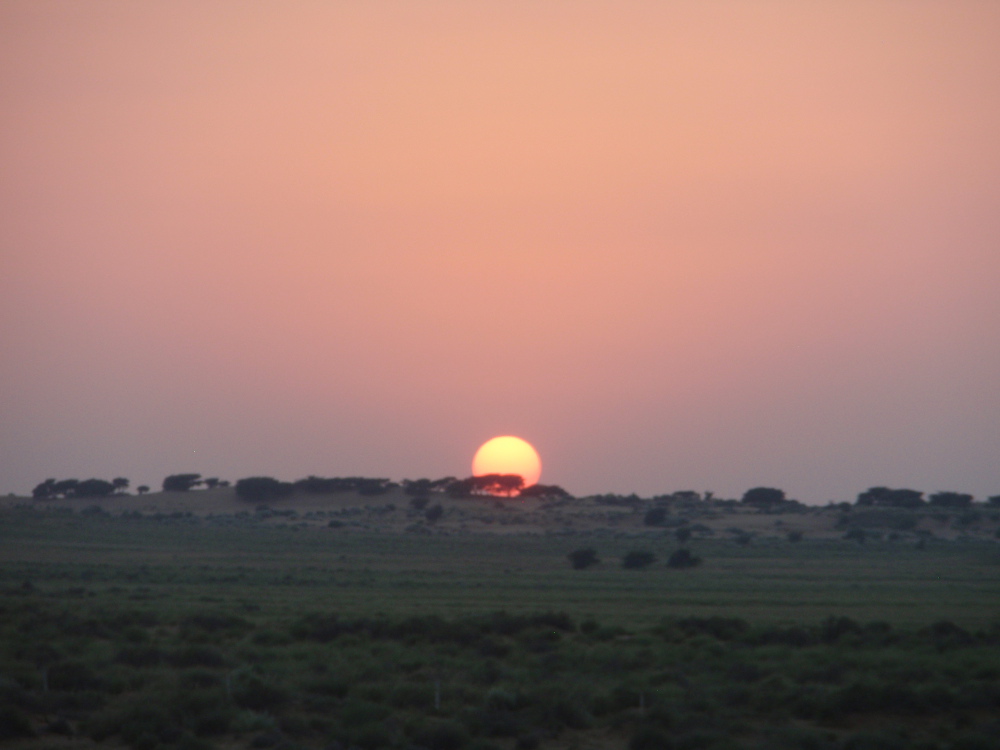 We watched the sun set and then spent the might under the stars.

In the morning there was another opportunity to ride the camels, but we still didn't have train ticket to get to the next stop, so we choose to come back.

On the second day we visited the fort and some of the many temples. 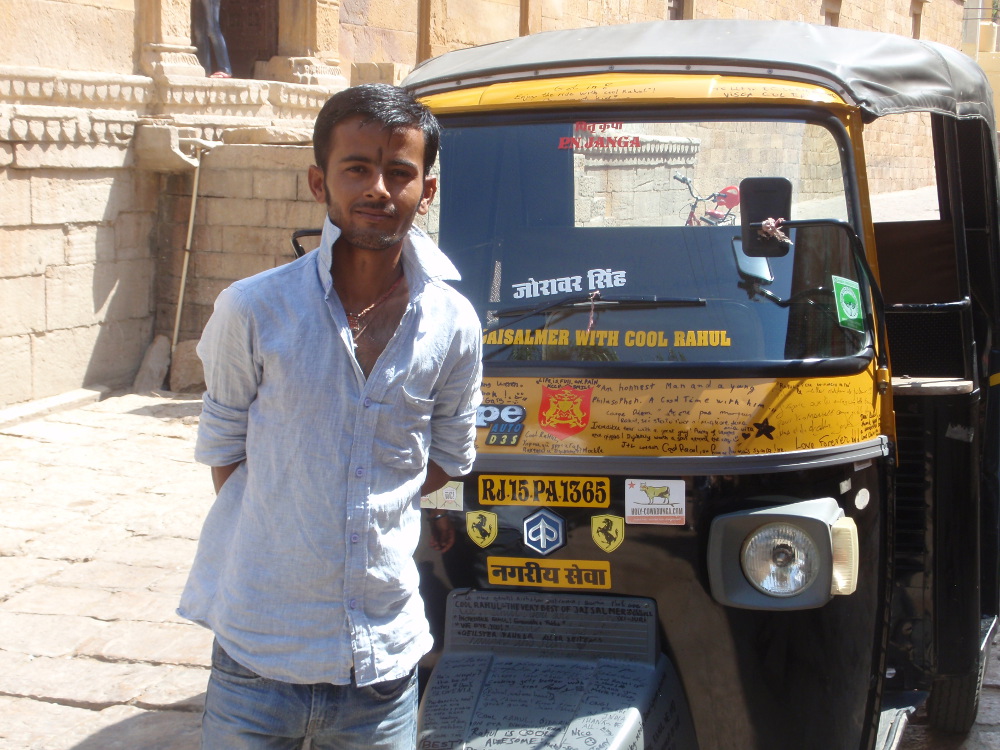 At one point we we're picked up by Rickshaw driver "Cool Rahul". He was very keen to show us around Jaisalmer, was quite entertaining, and I think charged a fair price too. 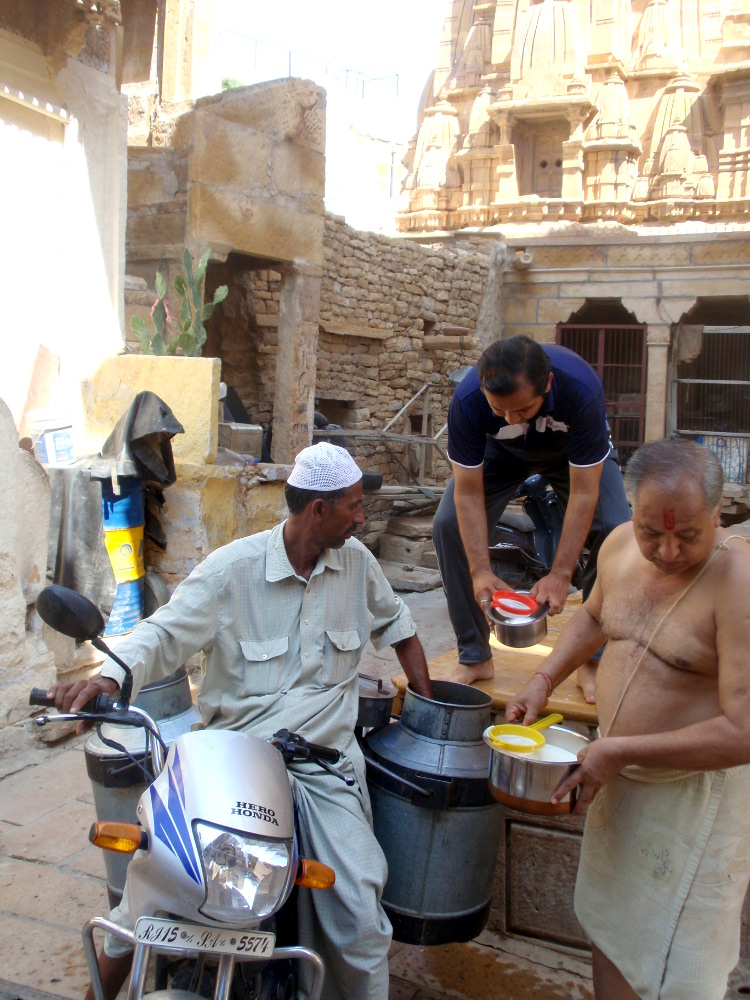 Later this afternoon we catch a night train to Jaipur. A distance of about 650 km and a journey time of 12 hours.