I had planed to write a post about the history behind  Hotel Aram where we are staying, but Keith has just beat me to it. Rather than type the story out twice, have a look at his post.

The hotel was built as a private home and later converted into a hotel. It has some grand features, like this entry staircase.

And this enclosed garden which rather pleasantly is right out the front of  my room. 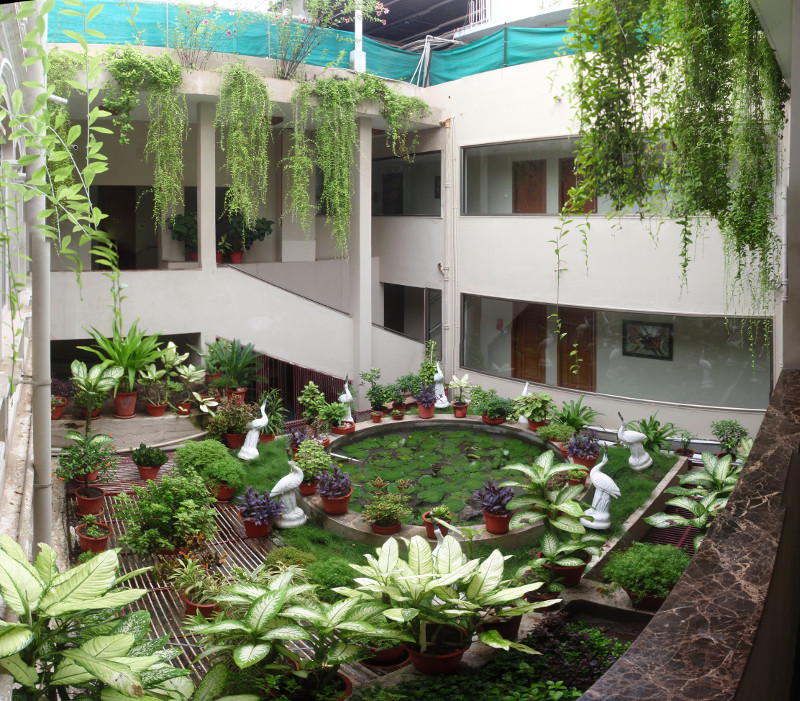 A number of the team were pleased that there was a gym and were planning on starting the day down there. Pretty much all of them were disappointed to find that all the gym has is weights. No sign of an exercise bike or a treadmill here.

Instead of the gym the more energetic team members are heading off to the joggers park at 7 am each day, but that's another post.