After visiting Porbunda it was on the island of Diu. It was a very long and slow drive to get there, but worth the effort. Diu is a holiday island that's popular with the people of Gujarat and this is a holiday week with all the schools closed which meant that it was a little bit busier than it might have been. 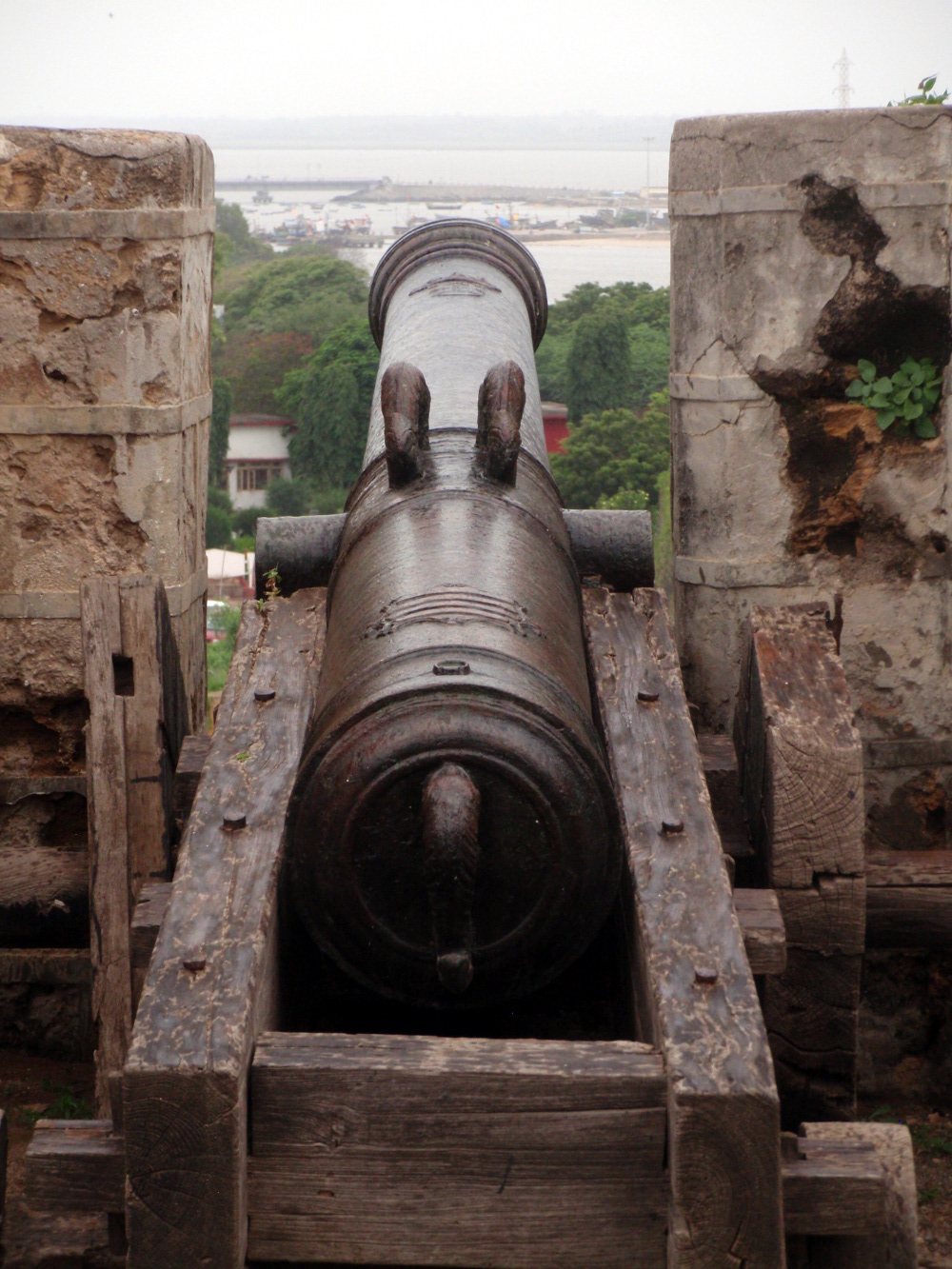 First stop for us was a large fort that was build by the Portuguese who occupied the island from 1509 to 1961.

There were lots of old cannons and cannon balls spread out in what must have been well fortified positions. 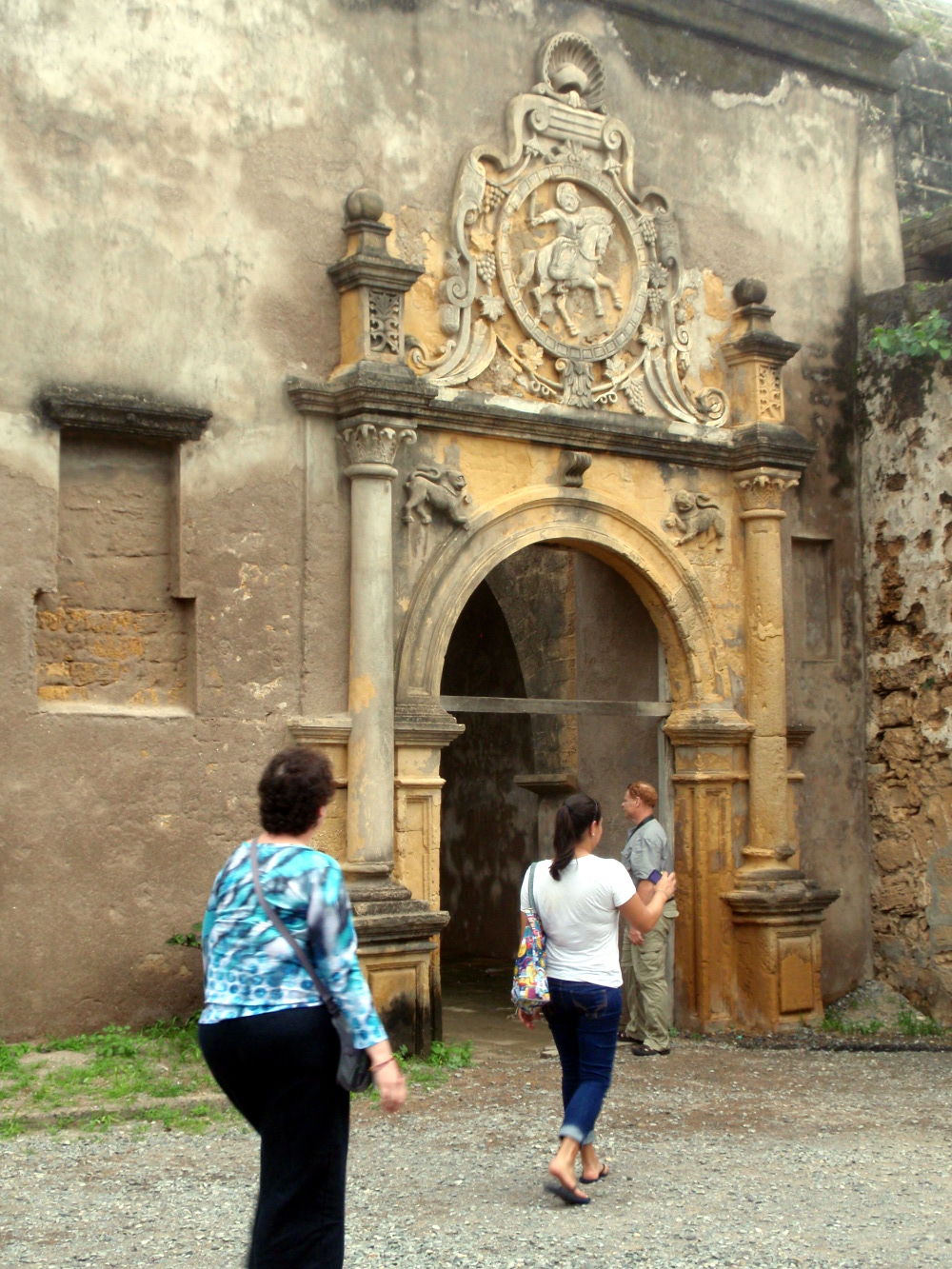 Many of the of the buildings and doorways had large ornate carvings over the entrance ways. 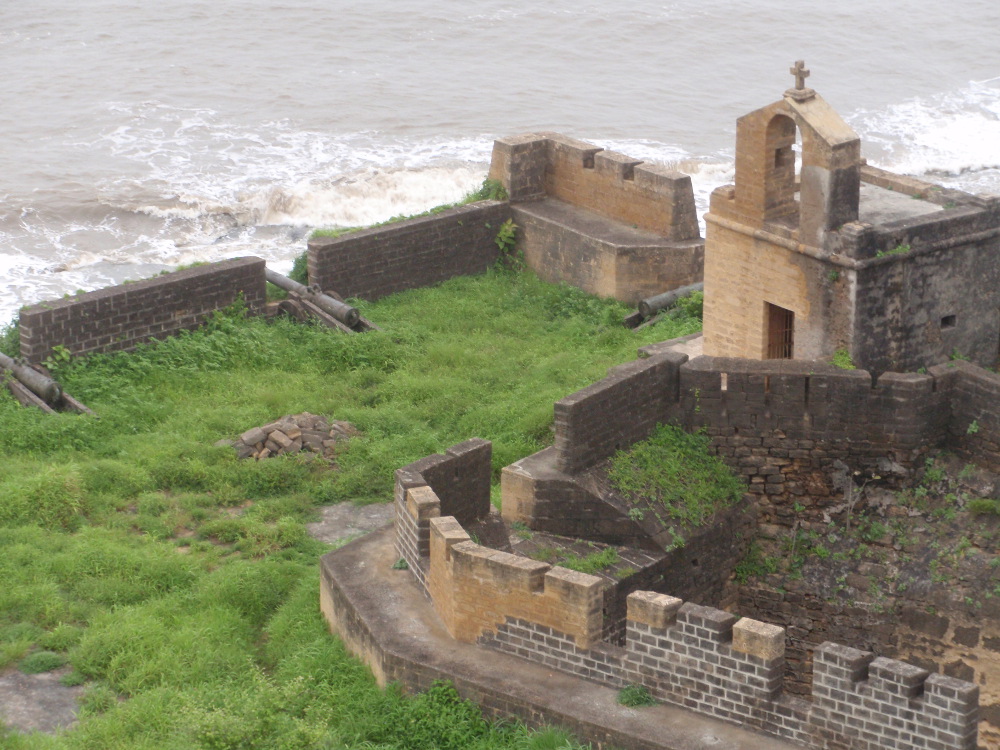 There were lots of magnificent ocean views as well as lots of church sites. 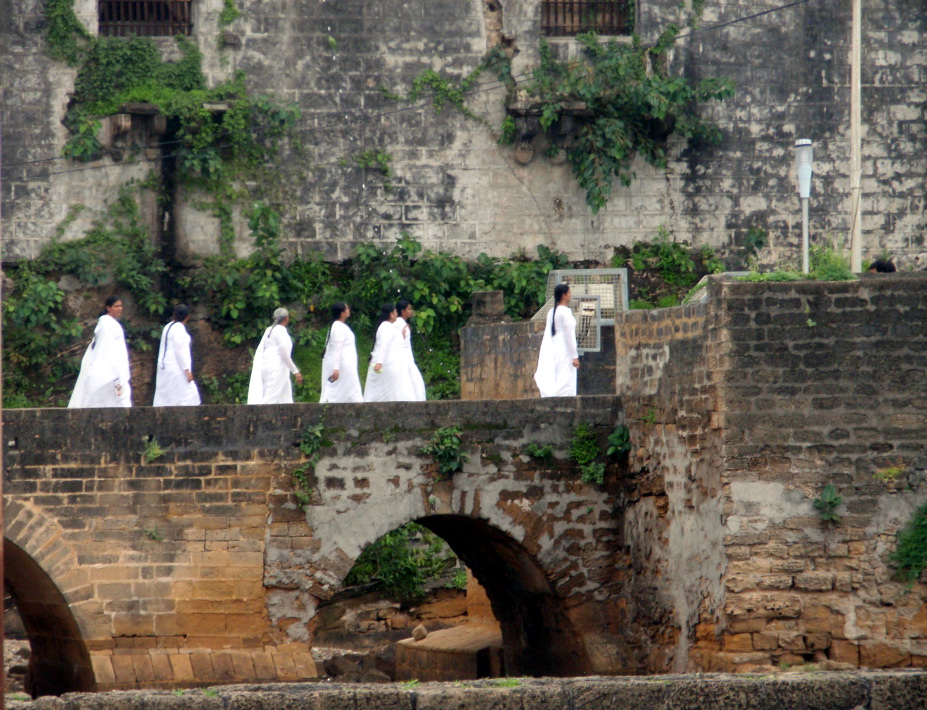 I'm not sure why this group of woman was there, but I thought they made a good photo. 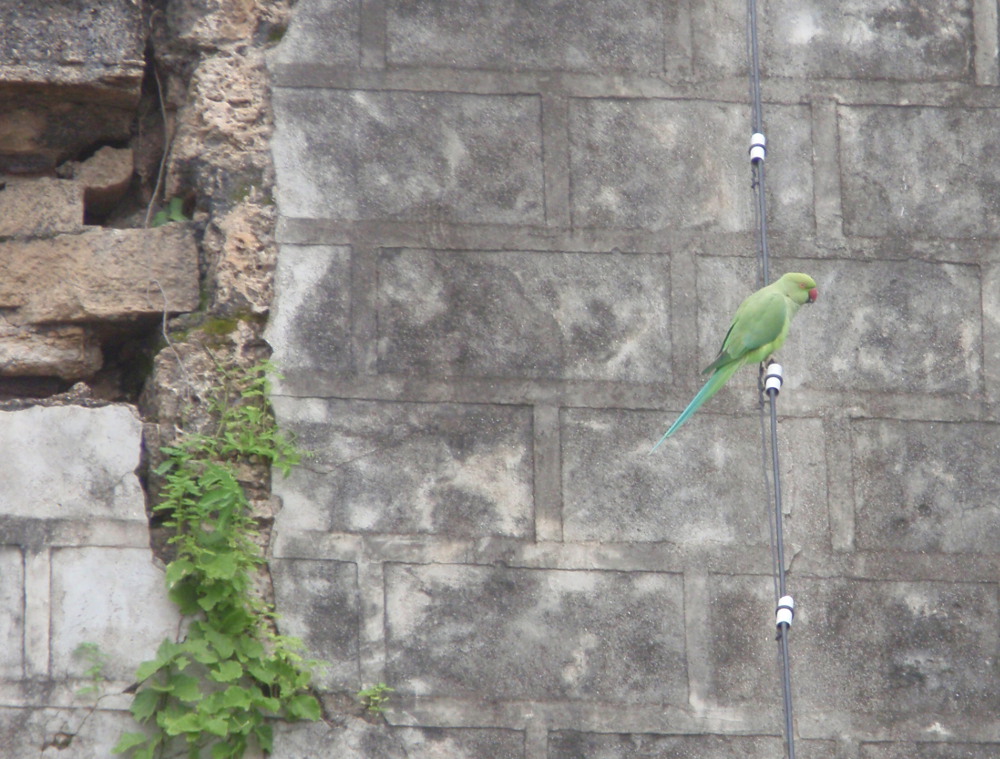 There was quite a lot of wildlife here too.

Next we wandered into town and came across a festival that takes place once a year. We really had no idea about what was going on. There was a huge number of people hanging off the sides of the buildings, close to power lines. 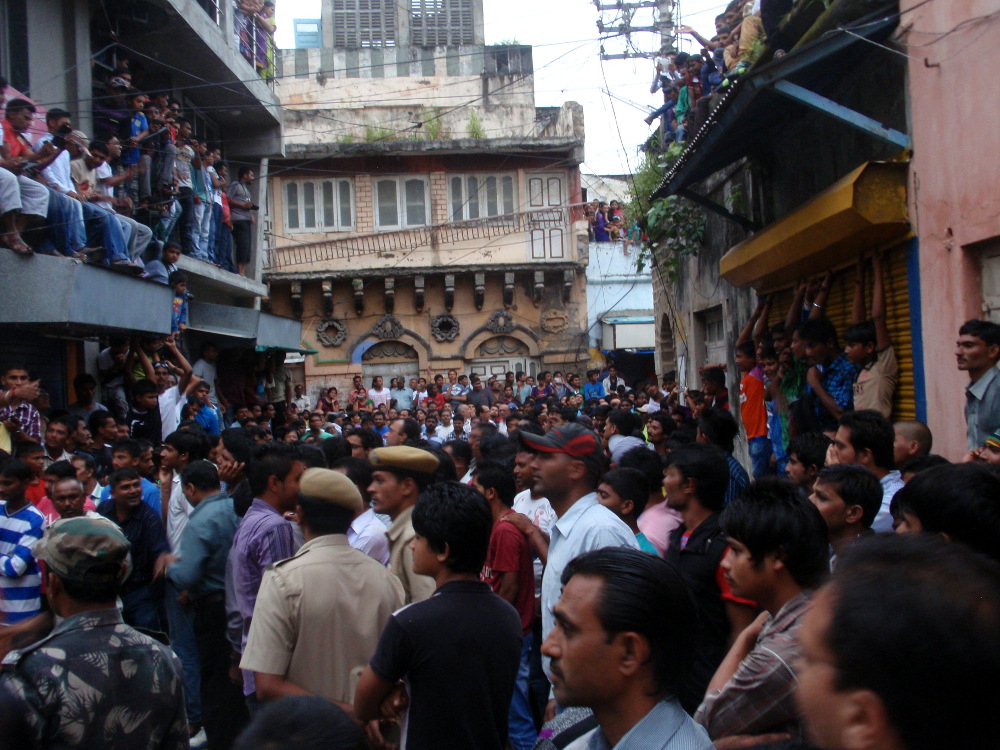 After some time a large structure came out with drums banging and people cheering. Then it was spun around and eventually it was thrown into the crowd, who promptly jumped on it and tore it to shreds. It wasn't at all what we expected. Then again, we really didn't know what to expect. 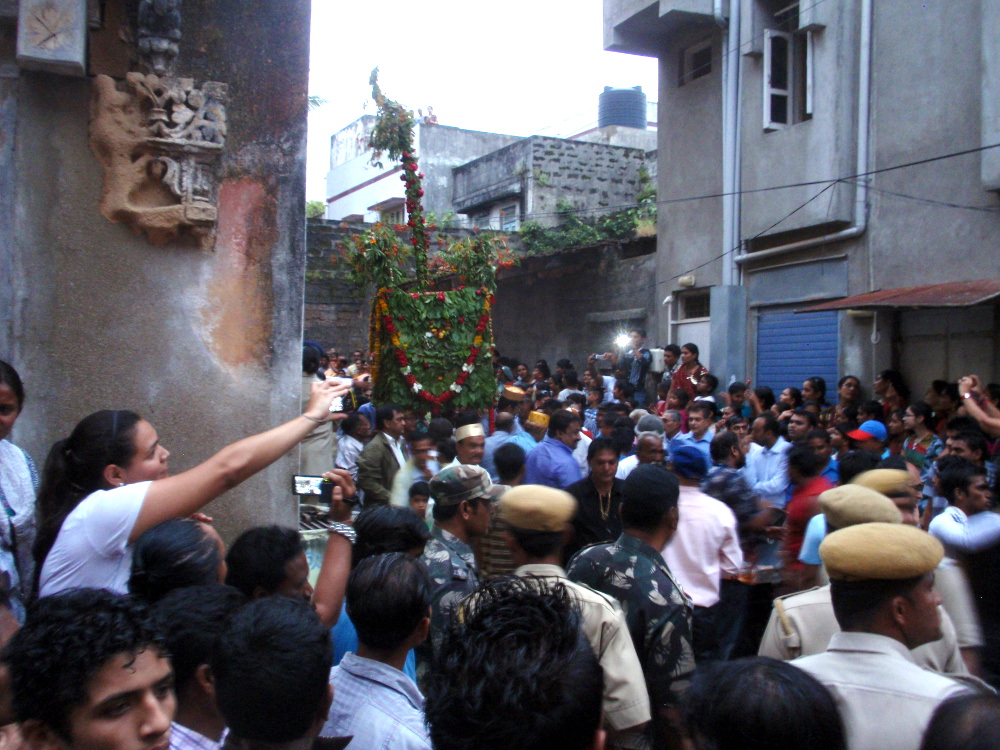 We found this video on Youtube. All of us are in it toward the end, if you can recognize us from above you'll be able to spot us.

This is much better video, shot by Claudia. I still don't understand it, but it was pretty exciting.